How do you convert a period film with a tiny $15 million production budget into a $414 million worldwide box office smash hit? You call us, that’s how.

When we were asked to create the Key Art for The King’s Speech, little did we know that some 400 other explorations had already been done. What else could we possibly do? And to top it off, one of the directives that we were given was to avoid, at all cost, the inclusion of a microphone. After doing a round of about 10 explorations, there was one last idea trotting in our heads. A close-up featuring the King’s mouth, and the other uncredited character in the film, the one that the king had to face time and again, against his fears, the microphone!

The iconic poster went on to become the launching pad for the entire film campaign, and the film went on to win 4 Oscar awards, + another 80 wins and 101 nominations. You’re welcome. 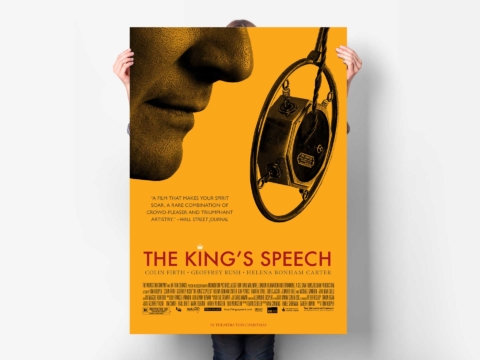